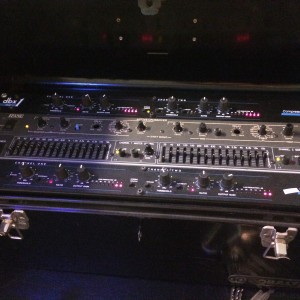 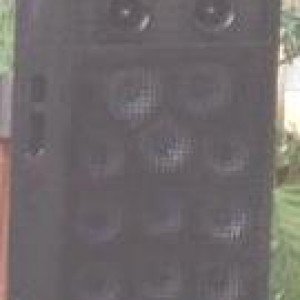 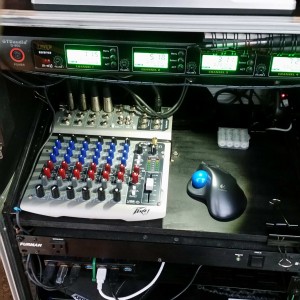 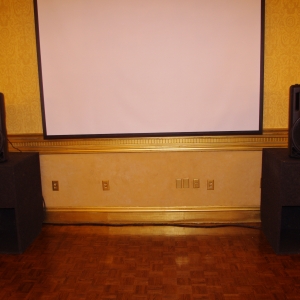 Reactions: Dan The Man, drzinc and BlueLineDJ
I have this mixer too.
Which Peavey mixer is that?
@BlueLineDJ PV8-USB
See full signature
Visit my website at:
www.rcbaudio.com
Like me on facebook at:
www.facebook.com/rcbaudio
Reactions: BlueLineDJ
I have the PV6. And the same furman power distribution too.

Loks like a lot to move about, overall.
@Ron What's the USB part of it? How is that helpful?
You can record out from it to a computer. Handy if your a musician.
You may be able to input to it from a computer (i've heard about it, not tried it).
If it's an output, you most likely cannot use it as an input.
from the manual:

The USB port is used to connect the mixer to a computer for recording or playing back digital audio to/from your computer. The USB port sends hte mixer's main/tape stereo out to the computer. The USB port receives digital audio from the computer; it can then be assigned throught the "tabe/usb to mix" switch to the main left/right output. The USB input level is controlled by the computer volume control.
Reactions: BlueLineDJ and ittigger
Sounds like they're using it as a sound card.
It doesn't say there's a sound card in it. I've not tried mine to see what it does. I have a Numark mixer/soundcard and a backup behringer sound card.
My son is into music (guitar, bass, drums and now learning keyboard). Figure he'll put the usb to use for recording at some point.

Looking at getting a powered mixer..torn between a mackie (it has DI built in) or a yamaha which I think I like better (and it's cheaper). Will work for me and for his band use should he do more than play in the garage with a friend now and then.

Album
Some of my gear.